Portablebumgun.com may earn a tiny commission (at no extra cost to the user) if a purchase is made through clicking a link. This goes to help with the running of the site and I really appreciate the support.

The size of bathrooms is usually an afterthought when architects are putting pen to paper but the smallest room in the house has some modern requirements. A few years ago, the word “bidet” conjured up visions of an avocado coloured cross between a toilet and a basin, only the height giving you a clue that it needs to be sat on, only then leaving you to wonder which way you should sit on this slightly odd unit. Designers and manufacturers have put their heads together and come up with, fantastic modern bidets for small bathrooms.

Times have moved on and there are now three great options to consider when choosing a bidet for small bathrooms. Easily purchased online and installed by a keen DIYer these modern bidets could be a great addition to the littlest room in your house.

When choosing which bidet to install, you may want to take a few factors into consideration. For example,

Let’s run through the bidet options, to find which bidet is right for your bathroom.

Known as mechanical bidets, these models are very easy to install and are great value at well under $50. Fitting the bidet is straight forward as they only require water. This is usually taken from the water inlet that supplies the toilet cistern or from the hot and cold feed which supplies the basin taps.

Most units have two control knobs for operation, one which controls the temperature, the other that controls the water flow, which works similarly to a basin tap. When the tap is operated, a fine spray of water is supplied to the wand which is situated at the back of the toilet bowl.

Now, this is when you really do enter the realms of luxury! Unlike the mechanical bidet described earlier, your existing toilet seat is completely replaced with a new super comfortable seat. Contained in the new electric bidet seat is an abundance of functions to make your cleaning experience, not only “hands-off” but also ensuring your peach is left feeling clean, fresh and dry when you leave the bathroom. These wonderful bidets have a price range of between $200 to a little under $1000, with many models in between.

Just a few of the features available on electric bidets.

Handheld bidet sprays are the easiest and most cost-effective way of installing a bidet in small bathrooms. The handheld bidet consists of a length of flexible hose, similar to a shower hose, attached to a small shower head, there is a small finger trigger on the showerhead, and when operated gives a soft but effective stream of water for cleaning.

N.B. Unfortunately, the Aquaus 360 is not available in the UK.

The handheld sprays, are a no-frills, basic answer to bidets for small bathrooms but they do the job and sadly there is no warm water option. All that said they are easily installed and discreet. If you are looking for an occasional use, free-standing bidet option, have a look at portable handheld bidets, you can even fill them with warm water! 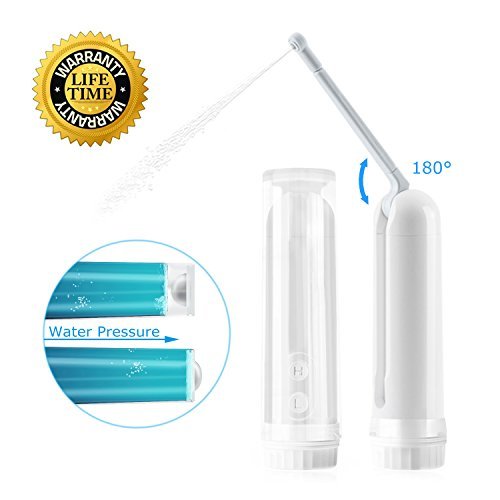 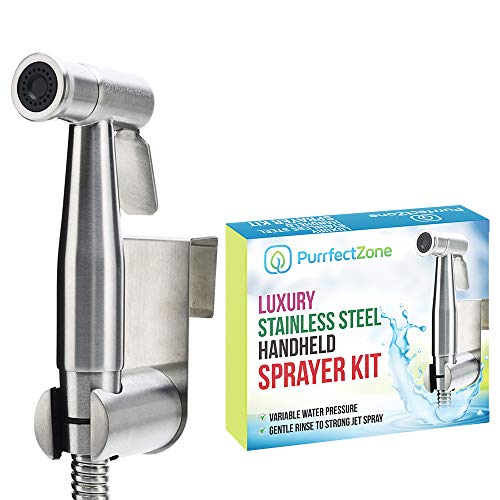 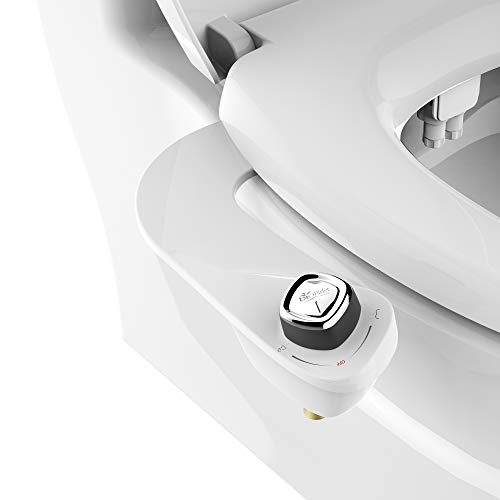 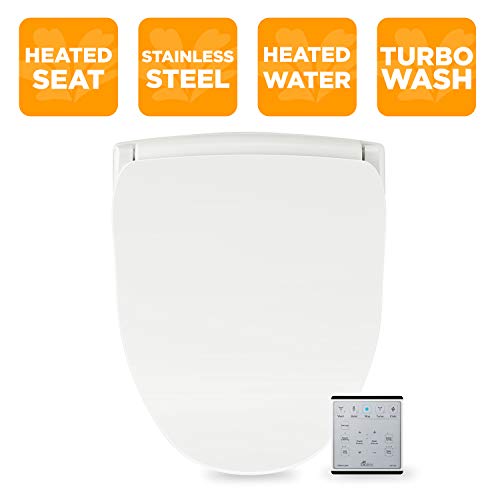 What is Trending in Bathrooms This Year

Are Bidets Legal in Australia

Bidets for Campers – The Best Way to Clean When Camping

Portablebumgun.com is a participant in the Amazon Services LLC Associates Program, an affiliate advertising program designed to provide a means for sites to earn advertising fees by advertising and linking to Amazon.

$68.82
We use cookies to ensure that we give you the best experience on our website. If you continue to use this site we will assume that you are happy with it.Ok